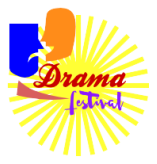 Stage Directing: Working with the Actor 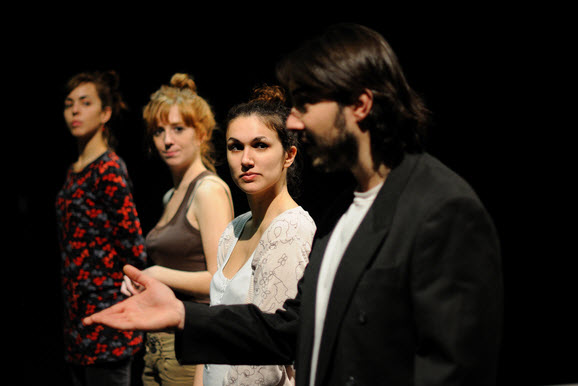 If actors understand that you plan to personalize your production, which you should if you want direct at all, many will drop preconceived notions and work with you to achieve a better performance. Because you will cast actors who want to do well, they will be glad to experiment and do something better. Make sure, however, that actors understand how your vision works with the script so they do not start to believe that your ideas are random.

Discuss Your Vision with the Actors

For example, we had a good reason for wanting to mix the commedia style with the Elizabethan text of Romeo and Juliet. This idea was communicated to the cast and crew at the audition. When we did Little Shop of Horrors, I knew the audience would be expecting the Rick Moranis version, as it’s often called, but they can buy that in the cheap video bin. The set crew and I went back to the black-and-white non-musical original and tried to create the look and feel from that starting point. When the actors knew this, they started to understand why we played certain objectives naturally and others with more melodramatic or even absurdist flair.

But even this example assumes that something needs to be revisited, and the only reason we did it here was that the Corman black-and-white original is the nature we want to reflect in the musical. In other cases, the actors need to know how to present the play's reality. When we performed Foxfire, some of my student actors got to interview some of the original students on The Foxfire Magazine staff. Our versions of Antigone and Doctor Faustus included a chorus whose movements made the creatures come to life. While directors shouldn't take a play and do anything they want with it, they should add texture and tone. A director who treats a script like a cookbook should simply open a book store.

Maybe the best way to explain the director’s vision is to say that the director takes the empty space and creates a certain reality, often a dynamic reality. Reality is, of course, a matter of perspective and mood. A director should make both clear to the cast and crew because an actor who does not feel the reality of the play will not be able to present it.

I honestly believe that most directors who take on a community theater production could simply teach acting, allow the actors to figure out the blocking on their own, and, in doing so, present a play that reaches the top fifty percent. You do not have to start off with all-star actors, but you do need to end up with some good actors. They do not have to be Tony-Award winners, but they should know something about some method of acting.

First, let’s assume that the play you plan to direct is not a commedia or a melodrama. If you do the former, you have probably conducted enough research to know how actors should move and what actors should do to entertain the audience. The rules of acting are different. And if you have selected the latter, what would normally be considered bad acting can often be part of the entertainment. Most modern plays that community theaters produce would benefit from knowing a little about Constantin Stanislavski’s system. If nothing else, an actor should know these terms and how to apply them:
Constantin Stanislavski developed this system/method by watching actors that he thought were great. This is a descriptive rather than a prescriptive method, and there are many variations in modern acting today, but these items are generally agreed upon. The point of all this for beginning actors is to get them to realize that the text is not the production. Just delivering lines with a dramatic face or with some other antic disposition does not a create a character. Actors do not become the characters, but they have to visualize the tone, texture, temperature, and even history of their world.